Downtown, and the first Movie palace I ever went to. I realize this isn’t a drive-in, but it was magnificent in its day.

I found this information on http://cinematreasures.org/theaters/1487

The above site shows photos from 2001 thru 2018. No changes. I remember back around the turn of the century there was a restoration effort. I wonder what happened to that ?

I remember you went in an entrance where you paid, there was also an concession stand. Walk through a short passageway. Which was behind 2 stores on the perpendicular street. Then you got to the theater. There were no folks seating anyone when I went there. There was an attempt to bring back the seaters, but most Texans felt they could find their own seat.

Over 900 seats. A large blue neon clock on the right side of the screen. There were murals on both sides of the seating. Some statues. There were lights that shined up from the floor onto the statues and murals. When those lights dimmed, you knew the show was about to start. 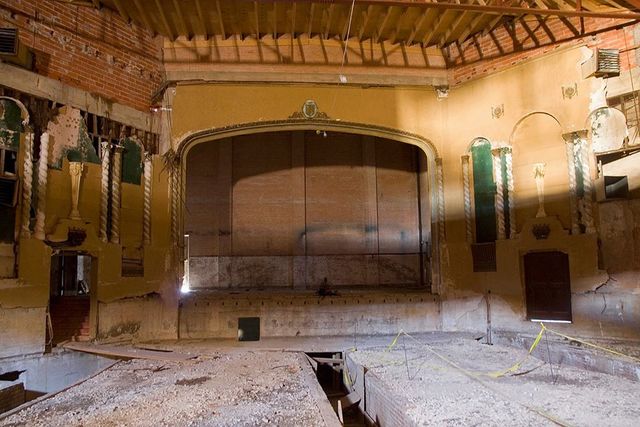