You can link to my site, but please don't copy it. Thanks.

It was a week or two before Halloween,
and I decided I better go on out,
to the Desert Highway,
it leads to a B-Movie Drive-In Theatre,
out there,
where the stars are bright enough,
you don’t need lights,
to find the popcorn machine.

You could read the small print,
on a car title loan…
yeah.

It was that bright.

Now I don’t know,
if you’ve been driving down that highway,
out there in the desert,
and noting something large,
moving along side of your transport,
it coulda been a giant Tarantula,
or it coulda been Them giant ants,
or maybe it was Mothra,
who got sold an out of date,
gas station map to Tokyo,
and Mothra was kinda upset,
having a date with Godzilla,
it was a dinner date,
with Tokyo on the menu !

But it was gonna find that gas station,
out there,
on the Desert Highway first…

I hope the gas station isn’t made of wool.

Maybe it was them Killer Shrews,
and the Giant Gila Monster,
looking for some teenagers to fricassee.

Was that the haunted House on Haunted Hill,
we just passed by ?

Maybe it was The House of Usher instead,
or maybe it was the Blob eating up a small town !

Now, ya gotta watch out,
for the Wasp Woman,
she has a sting and the way her kids are born,
you just wont believe.

Of course, they could pick on the wrong teenagers,
like the Teenagers from Outer Space.

Or maybe it was Dr. Frankenstein,
taking his new ‘kid’ out,
for a midnight kite flying contest,
run by the Addams’ Family !

But it coulda been one of those folks.

Walking along side of my transport,
beside the Desert Highway.

On the way,
to the B-Movie Drive-In Theatre !

I’m sorry,
but ya just gotta keep up,
I know I know,
your car can’t keep pace,
with my galfriend,
She is 50 feet tall,
and she is wearing Seven League Boots.

Some guy name of Sinbad gave them to her.

Darling, I know I forgot my wallet,
yet again,
but maybe this theatre has change,
for that navel diamond you wear,
even if it is as big as a Roc’s egg…

I see all of our B-Movie Buddies are there !

The night will lead off with a Popeye cartoon,
and maybe some Betty Boop as well,
then the main creature feature will start,
in the bright moon light,
as we get nearer,
to Halloween Night !

A pov-ray png I made years ago. 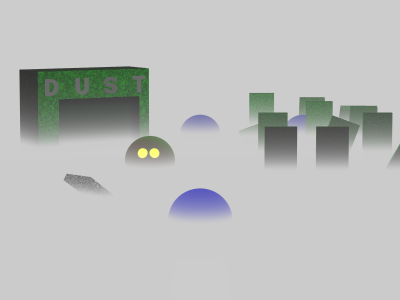 How to Survive a Horror Movie

This is for characters in a horror movie.

1. When it appears that you have killed the monster, never check to see if it’s really dead.

2. If you find that your house a) is built upon or near a cemetery, b) was once a church that was used for black masses, c) had previous inhabitants who went mad, committed suicide, or died in some horrible fashion, or d) had inhabitants who performed necrophilia or satanic practices, move away immediately.

3. Never read a book of demon summoning aloud, even as a joke.

4. Do not search the basement, especially if the power has just gone out.

5. As a general rule, don’t solve puzzles that open portals to Hell.

6. If you find a town which looks deserted, it’s probably that way for a reason. Take the hint and stay away.

7. Don’t fool with recombinent DNA technology unless you’re sure you know what you are doing.

8. If you’re running from the monster, expect to trip or fall down at least twice, more if you are of the female persuasion. Also note that despite the fact that you are running and the monster is merely shambling along, it’s still moving fast enough to catch up with you.

9. Do not keep all of your sharpest kitchen knifes in one of those wooden blocks on your counter top.

10. When you’re searching a house because you think there’s something dangerous there, for God’s sake turn the bloody lights on!

11. Never back out of one room into another without looking.

12. Never, ever turn off the paved road onto a gravel or dirt road.

13. Always make sure that your car has a fresh battery so it will start immediately in times of crisis.

14. Never say that you’ll be right back, because you won’t.

15. If anything other than water (blood, green slime, or thick goo of any color) comes out of a faucet, do not call a plumber. Leave the house immediately.

16. If, while looking in a mirror, you a) see a figure behind you that you don’t see upon turning around, b) see a different room than the one you are in, c) see a figure other than yourself looking back, or d) hear your reflection tell you to get out before it’s too late, proceed to the nearest exit with all due haste.

17. If you open a door and the room you see is not the room that should be there, do not explore it. In fact, even if you close the door and see the correct room after re-opening it, vacate the house.

19. Always check the back seat of your car.

20. The first time that you are absolutely sure that the monster/killer is dead or the hellgate is finally closed forever, you are in the most danger. Don’t relax.

21. Objects moving in a mysterious fashion should be considered a very bad sign.

22. If on a stormy night, you find a window open which you thought was previously closed, do not close it. It may be your only way out when whatever has come in through it is chasing you.

23. If you come into possession of a strange old artifact and any exotic person (old wizened Oriental, gypsy, Indian medicine man) warns you to do/not do something, do not do just the opposite in order to demonstrate how silly they are.

24. Anniversary nights of executions, horrible murders, or terrifying rituals should be viewed with fear. Especially on the spot where the event took place. Most especially on even century anniversaries. And certainly if you or a friend is somehow descended from one of the original participants.

25. If one of your group is missing for a while and, upon returning, no longer seems as frightened, assuring you that there is really nothing to be worried about, do not let them get behind you. They have joined the other team.

26. If your friend turns into a demon and then suddenly turns back to normal, kill them because they are not normal!

28. Kill the person in the group who suggests that you split up. They will eventually get you killed.

29. Kill the greedy person in the group. They will eventually get you killed.

30. Never make fun of the local yokel’s stories about deformed killer babies in backwoods towns, you can bet they are real and you might get it angry.

31. Never be with the group who plays vicious pranks on the shy, strange, new kid. Those pranksters will soon meet their doom and often in a horribly gory way.

32. If the female or male in your group is too scared to shoot when the monster is bearing down on you, grab the gun and shoot the monster yourself or use your weapon to kill both the monster and your friend, especially if there are more monsters around. Your friend was dead weight.

33. Go ahead and slap the screaming hysterical girl. She will be the one to distract everyone when there really is danger.

34. Nothing is ever over if it is still nighttime.

35 If it seems like you have just woken up from a horrible nightmare, chances are you are still in grave danger.

36. Take heed of all warnings from animals and children. They usually know more than you do.

37. Never run to the top floor of any building if you are being chased by a maniac/monster. Your only way out will be to jump.

38 Never publicly announce your plans for the future if you make it out alive. It guarantees that you have no future.

39. Never, under any circumstances, run upstairs if you are being chased.

40. And lastly, don’t turn on your head lights at the Drive-In ! Eeeeeeee !

Washington, District of Columbia, has never had a drive-in movie theater.

You might be thinking of the state of Washington.

I have no info on the state of Washington.

Hattiesburg had 1, The Beverly.

I found one out by Harvey, I am unable to find a listing for Harvey, Mississippi.

Biloxi, Mississippi had 3 drive-ins. Some web pages list 1 or 2.


The Do Drive-In, Biloxi, MS was located on 28th Street. Most listings miss this one.


Since terraserver has been gone for years, these two are all I could find. One was on Pass Road, and the other was on the north side of the beach highway.

All of this work is copyright by me, Drive-In Jim.

A POV-Ray drawing I made years ago. 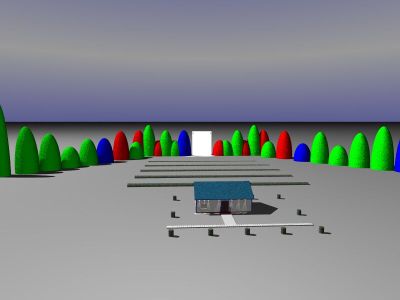